To achieve the purpose of 3D spheroid cell culture, numerous methods have been used to establish the culture environments such as suspension culture of non-adhesive plate, spinner bioreactor, rotating bioreactor, 3D scaffold etc.

C.BIRD offers continuous mixing as a multiple pipetting system, which can keep cells in a low adhesion status. Cells will grow and aggregate into a spheroid in the standard 96/24-well plates.

To achieve the purpose of 3D spheroid cell culture, numerous methods have been used to establish the culture environments such as suspension culture of non-adhesive plate, spinner bioreactor, rotating bioreactor, 3D scaffold etc.

C.BIRD offers continuous mixing as a multiple pipetting system, which can keep cells in a low adhesion status. Cells will grow and aggregate into a spheroid in the standard 96/24-well plates. 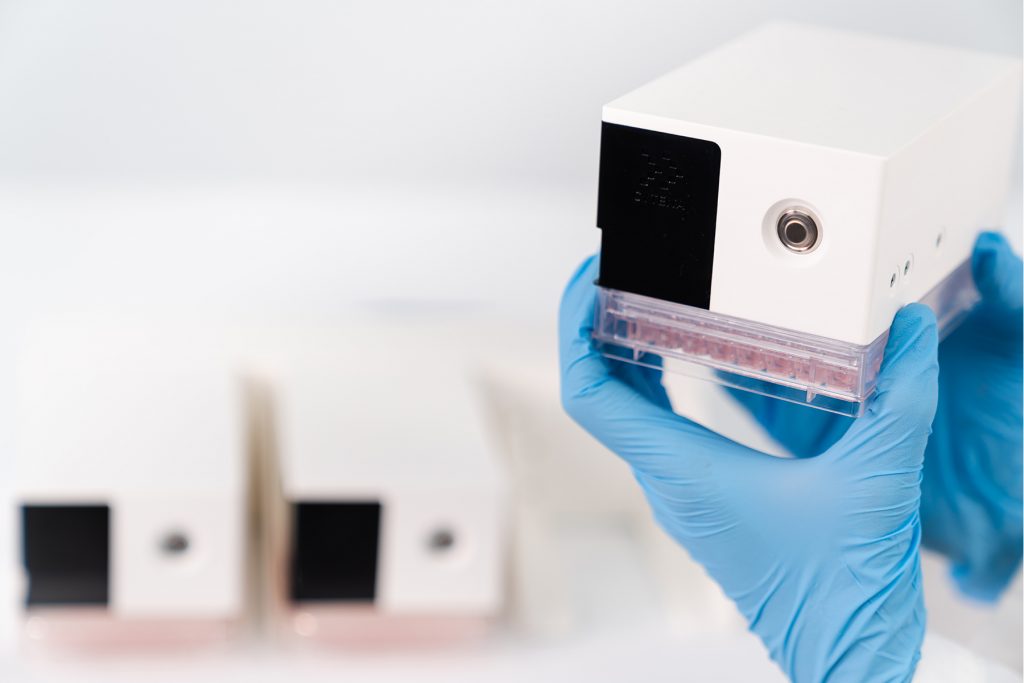 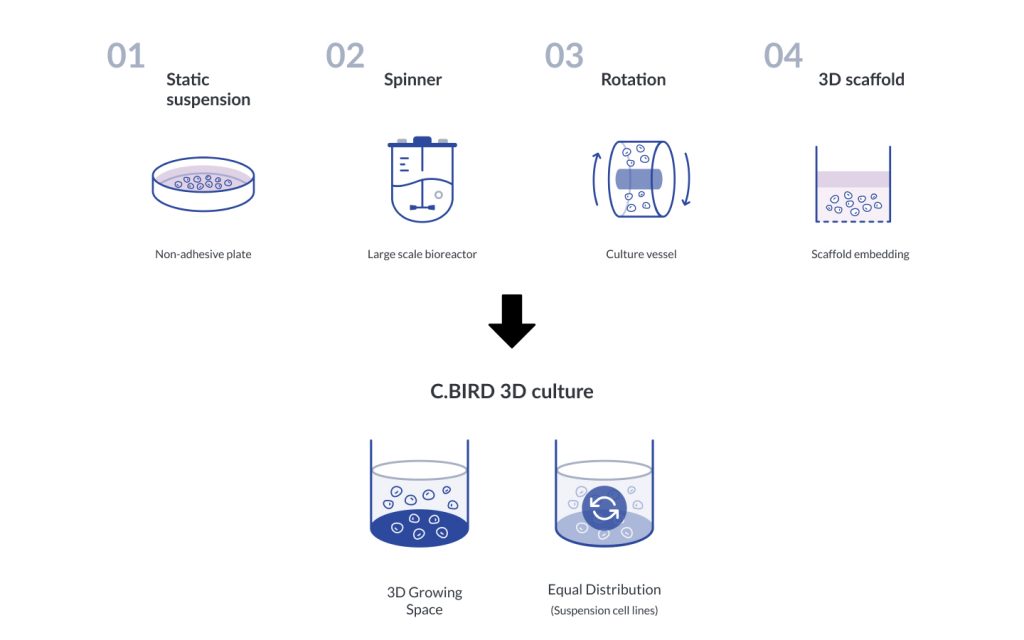 Spheroid culture, an in vitro 3D cell culture system, provides cell-cell and cell-extracellular matrix (ECM) interaction networks to retain cellular phenotype through signaling. It breaks restrictions in recapitulating in vivo microenvironments and is emerging as a powerful tool for therapeutic development, including drug screening and cancer research. In recent studies, gene and physiological expressions in 3D cell spheroids are much closer to clinical expression profiles than those seen in 2D cell monolayers.

Figure 2. Comparison of spheroid growth and cell health of colon cancer HCT116 spheroids in 96-well, ultra-low attachment plates in static and C.BIRD culture. (A) Spheroid morphology of HCT116 tumor cell lines formed from 3 to 10 days was observed under microscopy. Scale bar = 0.5 mm. (B) Growth kinetics, circularity and roundness of spheroids were evaluated over a period of 10 days. The analysis was performed using ImageJ software, and data represent mean ± SEM of six replicates for each group. (C and D) Spheroid cell health was assessed using PrestoBlue Cell Viability Reagent. After 6, 7 and 10 days of spheroid culture, 20 μL of PrestoBlue Cell Viability Reagent was added to each well, which were then incubated at 37°C and 5% CO2 for an additional 3 hours before being read on a fluorescence-based microplate reader (Ex/Em ~560/590 nm). Cell viability was measured as fluorescence signals in each group with six replicates. Fluorescence signals were normalized by spheroid diameter; a higher ratio (fluorescence/diameter) indicates healthier spheroids. The significance of P values is listed as: P ≤ 0.01 (**), P ≤ 0.001 (***) and P ≤ 0.0001 (****). Data are shown as mean ± SEM. 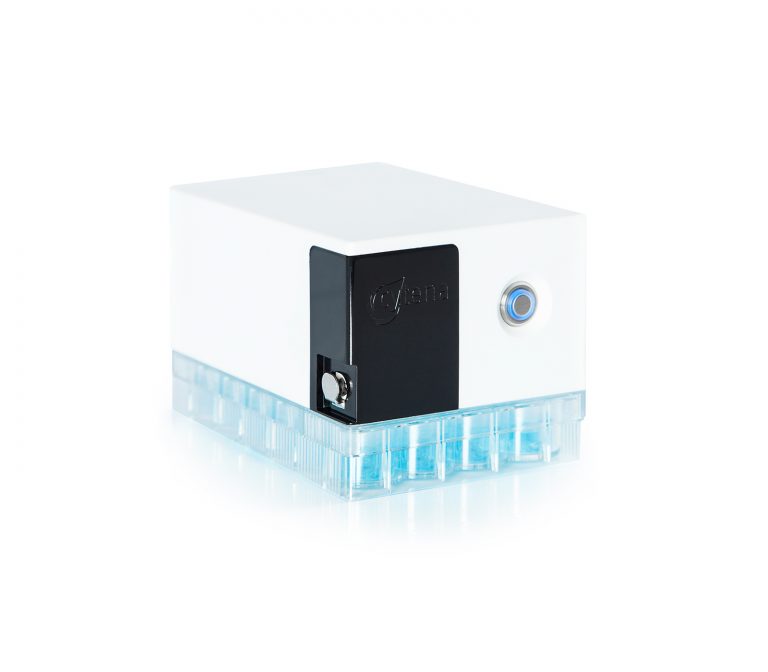 Keep up with the latest in dispensing technology by signing up

Close
We use cookies on our website to give you the most relevant experience by remembering your preferences and repeat visits. By clicking “Accept”, you consent to the use of ALL the cookies.
Cookie settingsACCEPT
Manage consent

This website uses cookies to improve your experience while you navigate through the website. Out of these, the cookies that are categorized as necessary are stored on your browser as they are essential for the working of basic functionalities of the website. We also use third-party cookies that help us analyze and understand how you use this website. These cookies will be stored in your browser only with your consent. You also have the option to opt-out of these cookies. But opting out of some of these cookies may affect your browsing experience.
Necessary Always Enabled
Necessary cookies are absolutely essential for the website to function properly. These cookies ensure basic functionalities and security features of the website, anonymously.
Functional
Functional cookies help to perform certain functionalities like sharing the content of the website on social media platforms, collect feedbacks, and other third-party features.
Performance
Performance cookies are used to understand and analyze the key performance indexes of the website which helps in delivering a better user experience for the visitors.
Analytics
Analytical cookies are used to understand how visitors interact with the website. These cookies help provide information on metrics the number of visitors, bounce rate, traffic source, etc.
Advertisement
Advertisement cookies are used to provide visitors with relevant ads and marketing campaigns. These cookies track visitors across websites and collect information to provide customized ads.
Others
Other uncategorized cookies are those that are being analyzed and have not been classified into a category as yet.
SAVE & ACCEPT